During inclement weather conditions or when the wind direction in the Bay Area is from the southeast, the Oakland International Airport may operate in the Southeast Plan, a reverse air traffic flow which may cause abnormal aircraft noise events.

The 65 dB CNEL contour is an annual average noise measurement that is produced by the FAA’s Aviation Environmental Design Tool (AEDT) and continually validated by actual noise measurements and the Port’s Airport Noise and Operations Monitoring System (ANOMS). The CNEL applies a penalty noise rating for operations during evening hours (between 7 p.m. and 10 p.m.) and an even higher penalty noise rating for operations during nighttime hours (between 10 p.m. and 7 a.m.).

Homes located on Bay Farm Island, within the airport’s 1995 65 dBA CNEL noise contour (pdf) were eligible to participate in the Airport’s Sound Insulation Program (pdf). The Port of Oakland completed the sound insulation program on Bay Farm Island in Alameda in 2006. Sound insulation improvements were offered to 629 eligible homeowners. A total of 558 homeowners participated in the program, which resulted in a participation rate of 89 percent. Tests were conducted on 82 homes after completion of sound insulation improvements. Results showed that the average interior sound level was reduced by 5 to 7 decibels. Energy efficiency was also improved inside homes. The $18.7 million multi-phase sound insulation program in Alameda was partially funded by the federally monitored Airport Improvement Program and passenger facility charges.

The Port of Oakland has also provided funding for 200 homes in the San Leandro sound insulation program (pdf). This program started in 2006 with a pilot program of ten homes (pdf). Phase 1, 77 homes, was initiated in the summer of 2007. This program is directed by the City of San Leandro and the program manager is C. Kell-Smith & Associates. For more information, contact the program manager at 888-807-6200 or email Sanleandro@kell-smith.com.

The Port of Oakland has also provided funding for a school sound insulation program, including four schools in the San Leandro USD and one in the San Lorenzo USD. In 2006, the Port provided $5 million for installation of new windows at Wilson, Monroe and Garfield Elementary Schools and John Muir Middle School. Press release (pdf). 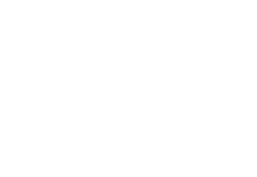